Is CBD Oil Legal In Canada? 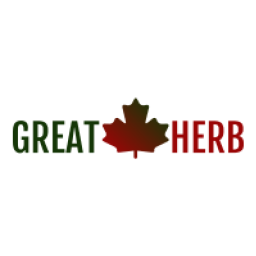 Once Canada legalized marijuana on October 17th, 2018, it stood to reason that CBD was automatically legalized as well, but it's not quite as simple as that.

There were plenty of regulations and guidelines set in place in order for marijuana legalization to proceed, and CBD was unfortunately lumped in with them.

Is CBD oil legal in Canada? Yes, but it all depends on where you get it. Let's take a look at what CBD is, the steps taken towards legalization, and where we stand with Canadian CBD oil right now.

CBD (cannabidiol) is one of the many cannabinoids that is found in the cannabis plant. To date, scientists and researchers have discovered over 100 of them, all with their own unique properties and health benefits.

This system runs all throughout our bodies and brains, and has tiny receptors that cannabinoids attach to, called CB1 and CB2.

Think of the Endocannabinoid System as a balancing act. It works to maintain homeostasis in the body, ensuring that everything is running how it is supposed to. 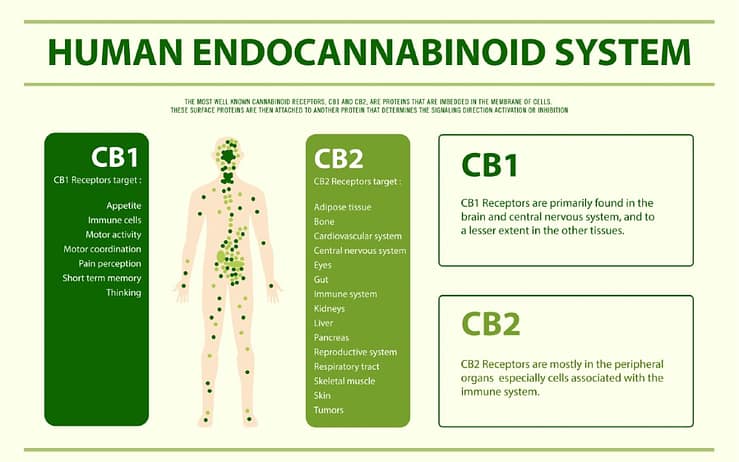 CBD is a non-psychoactive cannabinoid, which means it doesn't cause any mind altering affects. Another widely known cannabinoid is its counterpart, THC. CBD is used in all sorts of products, including oils, gummies, capsules, and topicals.

THC (tetrahydrocannabinol) is a psychoactive cannabinoid responsible for the high you experience when you ingest it.

Other cannabinoids gaining popularity as we learn more about them are CBG (cannabigerol), CBD (cannabinol), and CBC (cannabichromene), to name a few.

Cannabinoids come from cannabis. Cannabis is a blanket term that can be used to describe both marijuana and hemp, but they have crucial differences.

Marijuana is generally high in THC, while being low in CBD. The hemp plant is the opposite, high CBD and low THC, making it ideal for consumers who don't want to get high in the process of using CBD oil.

Almost all of the CBD oil around the globe comes from the industrial hemp plant, and follows strict regulations to keep it under 0.3% THC, and in some countries even less than that.

The History Of Cannabis In Canada

Cannabis has a long, sordid history, and reports of its use stretch back to 2900BC. Cannabis has long been employed for its pain killing properties, and was at one point legally subscribed in Canada long before the times we live in now.

It was a normal thing for doctors to prescribe cannabis for all sorts of ailments, including pain, hysteria (yes, that was a thing), nausea, and much more. 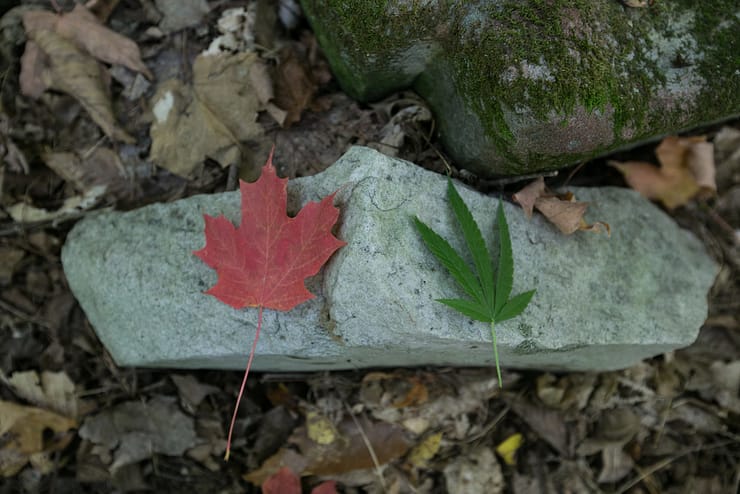 One was able to obtain cannabis through drugstores and pharmacies as long as it was correctly labeled and regulated, and no one ever really batted an eye up until the early 1920's.

The cannabis culture around the world wasn't much different. From Egyptians, Chinese, Middle Easterns, to the Greeks, there is a long, fascinating tale told of marijuana being used as a plant that heals the body and mind.

This complacency and acceptance of cannabis came to a halt when the Prime Minister of Canada at the time, William Lyon Mackenzie, amended the schedule of restricted drugs to include marijuana.

Up until then, only hard core drugs such as cocaine, heroin, morphine, and opium were among the schedule's restrictions.

One Woman's Account Of The Dangers Of Marijuana Use In Canada

Opium use in Canada during the 20's was rampant, and the government was struggling big time behind the scenes to try and control it.

Anti-drug campaigns, like the one in Vancouver, were thought to have a massive impact on drug legislation in Canada.

Chinese-Canadians were targeted by police for the "degradation of white youth", and many fell victim to harsh sentences and deportation.

This nationwide campaign against marijuana attracted all sorts of support throughout many different groups, including labor unions, churches, women's groups, even fraternities.

One woman, Emily Murphy, is thought to have had a particular influence on the public's perception of marijuana at that time.

Murphy, a Canadian women's rights activist, jurist, and author, published a series of articles detailing the downfall of Canadian youth by way of drugs, and went on to detail how the Chinese were responsible.

Highly racist and prejudiced, she went on to write an entire book on the subject, The Black Candle, though interestingly enough had only one small chapter of it dedicated to marijuana.

With the pressure from the public coming in from all sides, the government cracked down, and marijuana would from then on become demonized in the public eye for close to 40 years.

Marijuana Use In Canada - The 60's

The 1960's are looked back on as a time of love, peace, and prosperity, but that is far from the reality that many went through.

After decades of persecution from both the public and the Canadian government, the nation went through a radical change in their thought patterns and behaviours when it came to drug use in the 60's.

With the threat of nuclear war in the neighboring country below us, the future was highly uncertain, and people walked around under a constant umbrella of fear.

Anti-government and anti-establishment movements began to pop up all over, with people toking up with a "stick it to the man" kind of mentality.

The pot leaf became a symbol for many, especially the youth population. It could be found on backpacks, clothing, graffiti. Not just a way to escape the pressures of life, but a revolution all its own.

While everyone has the stereotypical image of the "hippie" somewhere in their mind, this wasn't the case. Marijuana use in the 60's knew no boundaries, and was consumed by many regardless of race, age, status, or gender.

Long before marijuana was legalized for recreational use in Canada, it was approved for medical use.

In 2001, medical marijuana was legalized, but with conditions.

Medical marijuana in Canada was available only by prescription, and even then only in extreme situations. Among these situations included were MS, severe arthritis pain, HIV/AIDS complications, and epilepsy.

Once you were approved and prescribed medical marijuana, you had two options. One, grow your own, or two, get it from Health Canada.

This changed in 2013, when new rules and regulations made the shift away from homegrown marijuana to licenced commercial growers. At this point nearly 40,000 people were authorized under this system to receive medical marijuana, up from only 100 in 2001.

Prime Minister Justin Trudeau, elected in 2015, vowed to legalize recreational marijuana here in Canada, and in spite of the hurdles to be jumped through, succeeded in fulfilling this promise to Canadians on October 17th, 2018.

Among these rules and regulations:

When marijuana was legalized, it at first left out edibles like CBD gummies and extracts, but regulations have since been amended since October 2019 to include them.

What surprised many when the government went ahead with the legalization of cannabis was the fact that they left CBD grouped in with it as a controlled substance.

Remember, CBD is non-psychoactive, unlike the THC you'll find in marijuana, so it was puzzling to many when this was announced.

Just like marijuana, CBD is considered legal only when purchasing from licensed providers, and one requires a licence here in Canada to grow hemp in any form, regardless of if it is for personal or commercial use.

Nationwide across Canada, lobbyists are working hard to change this, and make CBD readily accessible to those that desire it.

When CBD really started to gain international traction, one was able to import CBD over the border into Canada. This is no longer the case.

Officials and border security have cracked down on CBD importation over the border, and it is now next to impossible to obtain it through those channels.

Many USA CBD companies who had previously sold into the Canadian market pulled out, and until regulations change, this is what the future holds for now.

We reached out to a few of these companies to inquire, and the general consensus is that as soon as they are able to legally resume shipping, they will do so.

Permits for other countries to ship CBD here are available now, though the process and legal red tape that is required makes it less than worthwhile for many to do so.

For quite some time after legalization, Canada struggled to keep up with the demands of the population.

Lack of supply and the outrageous cost had many people shaking their heads, though the market has somewhat normalized, and prices have come down.

Now, even though we are still lagging behind the US CBD market, there are many options available to Canadians for CBD.

Keep in mind that there are some rules to follow when looking at different companies, as not all CBD here in Canada is created equally.

The cost of CBD is also a factor. Prices vary widely between companies, and the overall cost across the board is coming down.

Here are a few of the best CBD brands here in Canada.

So Is CBD Oil Legal In Canada?

Yes, CBD oil is legal here, but keep in mind that it falls under the same rules and regulations as cannabis does.

In the future it would be great to see the government move closer to the system that the United States has with CBD, where it is widely legally available and accessible to everyone, and doesn't need to be obtained only through the licenced providers.